RICHMOND BURTON as featured in the home to Tony Mottola in Architectural Digest, March 2015

(detail) EVERYTHING IS EARLY

Burton's colourful and harmonious paintings and graphic work are composites of his vocabulary of organic shapes that flow together in undulating patterns resulting in unique multi-coloured abstractions. Holland Cotter of The New York Times once wrote of Richmond's work, that "Structure is never absent; it's just un-insistent, even accidental. The paintings are built up in stages, but never give the impression of being hard-worked. They have a fluid, textural presence, like luxury fabrics printed with overlapping, off-register layers of patterning". With a background in architecture, many of Burton's paintings stress visual order. Hard-edged geometrical forms dominated his early canvases, but now later –a more organic patterning has emerged.

Richmond Burton was born in Taladega, Alabama in 1960 and earned his BA in Architecture from Rice University in 1984. He has since lived in NYC, LA, and East Hampton & now lives and works in Woodstock, NY. His work is included in many museums among which The National Gallery of Art in Washington DC, The Metropolitan Museum of Art, New York, The Museum of Modern Art (MoMA), New York, The Fogg Museum, Harvard University, Cambridge, MA, The Art Institute of Chicago, Chicago, The Eli Broad Family Foundation (The Broad), California, CA, The Dallas Museum of Art, Dallas, TX.. and more. His work was extensively reviewed in The New York Times by Roberta Smith, Holland Cotter, Grace Glueck, and the New Yorker, The Huffington Post, Art in America, ARTnews (see extensive list in bio). 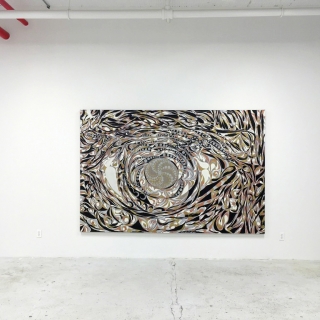 RICHMOND BURTON I AM paintings (the return)
In Project RoomDEBORAH BROWN PARLOR GAMES March 30 – May 8, 2016 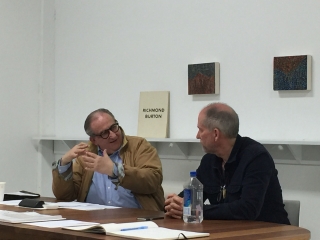 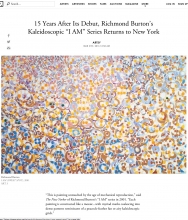 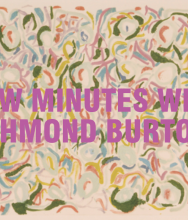 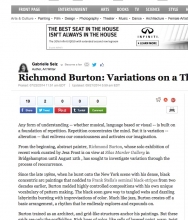 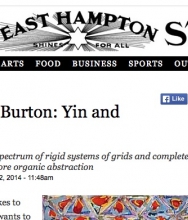 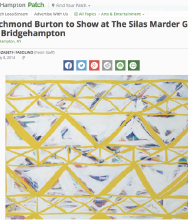