Hommage à Monet is an ongoing series of collaborations between the artist Alain Kirili and improvisong musicians, dancers and composers over many years. The improvisatory energy that is palpable in Kirili's sculpture and drawing is in part inspired by his deep relationship with improvised music, and this energy in turn inspires the musicians and dancers to make the energy in the sculpture audible and visible. Hommage à Monet is a musical and kinetic dialogue between the musicians, the sculptor and one of the greatest icons of modern art, Claude Monet's Les Nymphéas (Water Lillies). - Thomas Buckner

Alain Kirili is a abstract sculptor of verticality and modeling. His work emphasizes an “aesthetics of spontaneity” and seeks its formal unity through the variety of materials he employs in a quest for “organic simplicity.” The improvisatory energy that is palpable in Kirili's sculpture and drawing is in part inspired by his deep relationship with improvised music.  He has worked on the monumental aspects of sculpture in public spaces (at the campus of the University of Bourgogne in Dijon, in Paris and Grenoble). Alain Kirili was commissioned by the Ministère de la Culture to install the sculpture of the 20th century in the Tuileries in Paris. Most recent exhibition include Sculptures by Alain Kirili in Rodin: The Centennial Exhibition, at the Grand Palais in Paris on view March 22 - July 31, 2017.

"Kirili's art  is worldwide open. He likes meeting other arts and artists and often invites jazz muscians, dancers, poets to perform among his sculptures in his studio, in an art gallery or museum. He uses all kind of materials such as stone, iron, terra cotta, zinc, aluminium, cardboard, resin, wax, polystiren, concrete.... If he could, he would even sculpt clouds."  - Sandra Paugam, Alain Kirili, sculpteur de tous les elements, documentary 52’, 2008, based on an idea from Jean-Paul Fargier Collection « A contre-temps » / Groupegalactica / Production BIX films 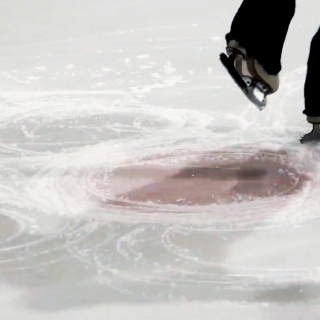 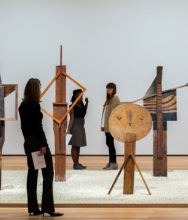 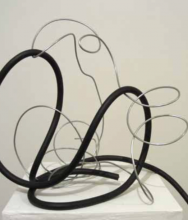 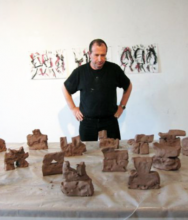